Eat Well To Be Well
Don't dig your grave with a fork and knife!

Archive for does obesity cause diabetes 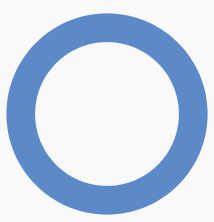 After all, it happens to people of every shape, size and discipline.  It can strike the seemingly healthy and unhealthy alike. So why the huge emphasis on diabetes and obesity?

Listen to him speak on this TED Talk…

As a young surgeon, Attia felt contempt for his obese patient with diabetes. She was overweight, he thought, and thus responsible for the fact that she needed a foot amputation. But years later, Attia received an unpleasant medical surprise that led him to wonder: is our understanding right? Could the precursors to diabetes cause obesity, and not the other way around? A look at how assumptions may be leading us to wage the wrong medical war.

While we’re on the subject, in a recent check up a doctor told me I was borderline obese. Who sets the standards on what is obese and what isn’t? I am 5’10” and at my heaviest I weighed 152 pounds. (I currently weigh 141.)  I am tall and on the thin side.  How could I be considered borderline obese?

Years ago the medical “powers that be” lowered the cholesterol numbers, which made millions more people fall into that high cholesterol category where prescriptions became necessary for treatment. I can’t help but wonder why. What’s the real reason? (Other than increasing the $300 Billion per year market.) Have you seen the prices of those pharmaceuticals? And as one becomes available in a generic form, big pharma will change one tiny thing about their formulation and call it new and improved (and patented, or more acurately, trademarked).

Read more about the pharmaceutical industry >>

What do you think?

I don’t have diabetes nor am I insulin resistant. But everything he said in this talk made sense to me. Could the cause and effect of diabetes and obesity be completely misunderstood?

How about you? What are your thoughts?

Also, just as important in my mind, is the fact that we all seem to have contempt, or at least some intolerance, for other people and their situations, health or otherwise. Let’s do our best to get over that. Let’s learn not to judge others, no matter what. Since we can never be in their shoes, we do not have the understanding of why things are the way they are when it comes to others. “Judge not lest ye be judged.” Words to live by.