Approximately one-third of cancer cases are attributed to smoking, one-third to poor diet and lack of exercise, and one-third to genetic or other factors.  Scientific studies suggest it takes many factors to trigger cancer and we may be able to block the development by getting in the way of just one.  “Don’t dig your grave with a knife and fork” and don’t smoke! 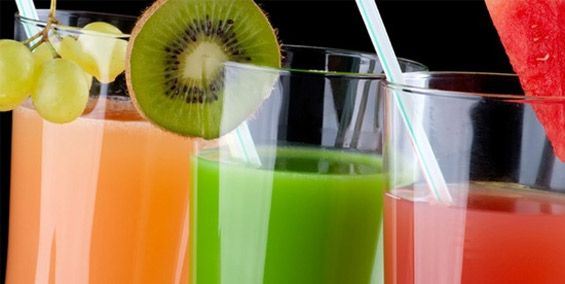 So what exactly is cancer? (Please note: The following is a graphical description of cancer from How We Die, by Sherwin B. Nuland – an incredibly eye-opening book!)

“Cancer, far from being a clandestine foe, is in fact berserk with the malicious exuberance of killing. The disease pursues a continuous, uninhibited, circumferential, barn burning expedition of destructiveness, in which it heeds no rules, follows no commands, and explodes all resistance in a homicidal riot of devastation. Its cells behave like the members of a barbarian horde run amok – leaderless and undirected, but with single-minded purpose: to plunder everything within reach.

“Not enough that a rapidly growing cancer may so infiltrate a solid organ like the liver or kidney that insufficient tissue remains to perform the organ’s functions effectively; not enough that it may obstruct a hollow structure like the intestinal tract and make adequate nourishment impossible; not enough that even a small mass of it can destroy a vital center without which life functions cannot go on, as some brain tumors do; not enough that it erodes small blood vessels or ulcerates sufficiently to result gradually in severe anemia, as it often does in the stomach or colon; not enough that its very bulk sometimes interferes with the drainage of bacteria-laden effluents and induces pneumonia and respiratory insufficiency, which are common causes of death in lung cancer; not enough that a malignancy has several ways by which it can starve its host into malnutrition – a cancer has still other ways to kill. Those just mentioned refer, after all, only to potentially lethal consequences of encroachment by the primary tumor itself, without its ever having left the organ where it first arose. But it has an additional way of killing that takes it out of the category of localized disease and permits it to attach a wide assortment of tissues far from its origin. That mechanism has been given the name metastasis.

“Cancer’s ability to metastasize is both its hallmark and its most menacing characteristic.” (End of quote.)

There was a time that cancer was not prevalent and was considered a disease of old age.  Today it afflicts 25% of Americans of all ages, including infants and children.  It is believed that this has happened due to sedentary lifestyles, overeating of rich foods, depletion of the soil, modern food processing, omnipresent low-level radiation, increased susceptibility to parasitic infections, environmental toxins, smoking, too much fatty foods, and insufficient vegetables, fruits, grains and beans in our diets.

To help prevent cancer, eat a healthy, balanced diet, which includes plenty of whole foods, and avoid as many of the previously mentioned toxins, such as rich, fatty and refined foods.

If you (or anyone you love, care about) is faced with cancer, you owe it to yourself to read this book, put these words to the test.

In the Complete Cancer Cleanse, you will learn tons of facts about how to get well that your doctors probably don’t know about.

Cancer is uncontrolled and invasive growth of an alien form of a normal tissue.  Our own cells mutate and suddenly attack the very body they were created to preserve.  All it takes is one tiny cell to turn; it will divide and reproduce itself constantly.  They have an unnatural mobility and spread throughout the body or penetrate the walls of previously impervious tissue.  The progression can develop over decades or just a few months.

A diagnosis of cancer brings with it a sense of urgency as no other disease can.  Early detection and immediate action may well make a life or death sentence.

Since the National Cancer Institute finally acknowledged that diet plays a major role in the development of cancer, many people have attempted dietary reform.

We need to build up our systems so that cancer can be overcome naturally.  However, many of us are “built up” already with layer upon layer of excess.  In this case, regeneration diets are necessary.  In this type of diet, toxic excess that feeds cancer is reduced.  However, cancer and other degenerations are usually a complex mix of excesses and deficiencies.

If you have been diagnosed with cancer, consult your physician or a qualified nutritionist about your condition.  Even in advanced cases, diet can be a successful treatment for total remission and revitalization, though it can take as long as two years.

The Number 3 Killer is Next →