Food labels on prepared and processed foods have been standardized however, what they say and what they actually mean can be different things.

This is the only tool available to help us understand what we are buying but, by no means, is it comprehensive. Reducing the content of ingredients we are concerned about is one thing, telling us what else has been added to make up the difference in taste is another. 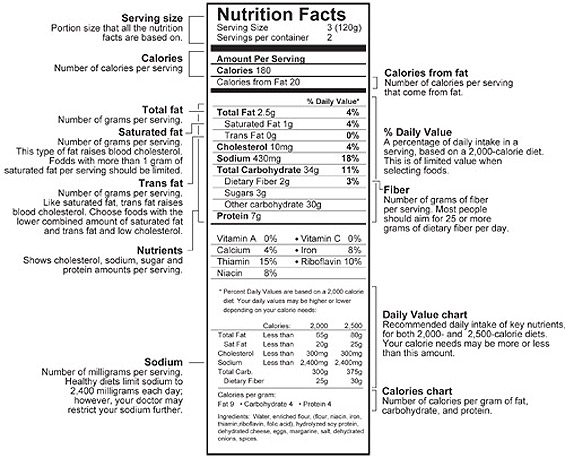 The following terms are government mandated and pertain to each serving size.

Let’s move on to the Food Guide…